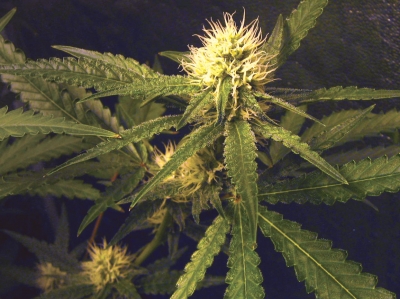 The Cherokee Tribal Council today approved a 42-page ordinance that will establish a system to support legalized medical marijuana on the Qualla Boundary.

The ordinance creates a new Eastern Band of Cherokee Indians Cannabis Advisory Commission that will study cannabis-related issues and make regulatory recommendations. Meanwhile, a new EBCI Cannabis Control Board will set the regulations.

The law allows for licensure of dispensaries where people holding valid medical cannabis patient cards will be able to acquire cannabis products. Dispensaries may not be within 1,000 feet of a pre-existing school or community facility such as a park, playground, day care, swimming pool, community club building or church. The Control Board will be responsible for establishing a program to issue the cards, which may be given only to people age 21 and older. If the person’s health care provider later diagnoses them as no longer having the condition that originally qualified them for the card, the person must return the card.

Once the three-year period ends, the Control Board may consider policies in conflict with those to be stipulated for the initial 36 months.

While medical card holders will not face tribal prosecution for possessing cannabis products they are entitled to under the new law, transporting medical cannabis in the passenger area of the car in any container other than the manufacturer’s original, unopened container will be illegal. Consuming medical cannabis while driving will also be a criminal offense. Either would be punishable by a fine of $25-$500 or up to 30 days in jail.

Tribal member Robert Saunooke told Council that he’s a proponent of cannabis but that because marijuana is still illegal under federal law, passing the legislation is irresponsible.

“If you open a facility here today and you give tribal members cannabis, the tribe, the members, the people who do it, will be subject to arrest,” he said. “This is an illegal action. Nothing can change that currently. In the future it might change, but don’t pass laws based on what might happen in the future.”

Painttown Representative Tommye Saunooke said that she supports medical marijuana but asked Council to table the legislation to give everyone more time to look over its contents. Tribal Council had recently held a work session on the topic, she acknowledged, but because new copies of the legislation containing a final set of proposed amendments were passed out just minutes earlier, members should have more time to evaluate those last-minute changes, she said.

The legislation then received an affirmative vote to pass along the same fault line, with eight in favor and four opposed.

The legislation requires Sneed’s signature to become effective. This story will be expanded in print and online.