Americans can have just about anything delivered to their front doors, whether it’s a pizza or a bag of groceries, or a shiny new SUV. But it has long been taboo – under the law, at least – to deliver recreational cannabis. People have been getting their weed delivered through a massive black market for years, but outside of the safe haven of California, marijuana users can’t legally order a bag of pot to be dropped off at their homes. … END_OF_DOCUMENT_TOKEN_TO_BE_REPLACED 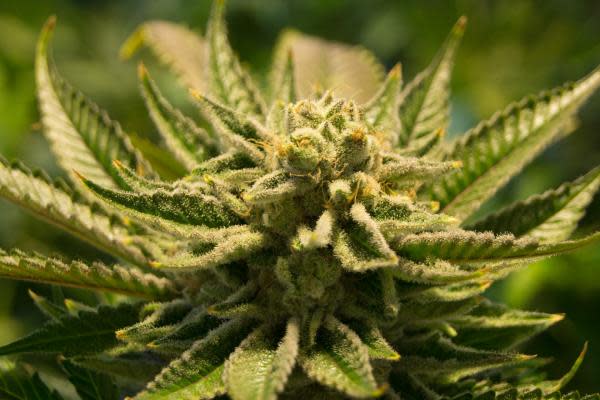 Americans can have just about anything delivered to their front doors, whether it’s a pizza or a bag of groceries, or a shiny new SUV. But it has long been taboo – under the law, at least – to deliver recreational cannabis. People have been getting their weed delivered through a massive black market for years, but outside of the safe haven of California, marijuana users can’t legally order a bag of pot to be dropped off at their homes.

Until now, that is. Times are changing for the cannabis industry. In California, the proverbial frontier in the battle for recreational cannabis legalization, not only is the drug fully legal but cannabis delivery services were declared essential businesses by Gov. Gavin Newsom at the start of the COVID-19 pandemic. Now companies in Massachusetts and Colorado are at the forefront of the proliferation of recreational weed delivery services across the United States.

The market for cannabis delivery is higher than ever. California was the first state to legalize marijuana for medical use 25 years ago, and all but seven states have since followed suit. In 2012, Colorado and Washington brought cannabis further into the mainstream when they legalized recreational use, tapping into a thriving black market.

“We anticipate that in mature markets, up to 40% of cannabis purchases will be delivered, which is much higher than analogous categories like alcohol, in which less than 10% is online,” Meredith Mahoney, president of cannabis e-commerce marketplace and delivery platform Lantern, told FreightWaves.

Customers have always gotten their cannabis via delivery [on the illicit market], so the market for legal cannabis delivery is huge.

The experts agree – the global cannabis food and beverage market are projected to have a compound annual growth rate (CAGR) of more than 15% over the next five years.

Although legal recreational weed delivery has only recently become a thing, demand is tremendous. Earlier this month, marijuana delivery giant Emjay expanded its multimillion household operation by another 400,000 when it launched in San Francisco, and just last week, its competitor The Parent Company expanded its delivery coverage to serve 60% of Californians. Meanwhile Lantern, the cannabis arm of alcoholic beverage marketplace Drizly, already facilitates recreational delivery in three other states.

Within a couple of years, it’s clear that the market for recreational delivery has developed significant size and reach. However, cashing in on that potential can be slow going because of the complex web of laws that ensnare cannabis delivery companies. That starts with securing a delivery license in the first place.

“It took us about a year to go through the entire process from start to finish,” Chris Fevry, co-founder of minority-owned cannabis delivery service Your Green Package in Boston, told FreightWaves. “It was a lot of hard work.”

Fevry’s business, which partners with New England Treatment Access (NETA) dispensaries, first had to complete a pre-certification with Massachusetts’ Cannabis Control Commission. Then he had to secure a Host Community Agreement – essentially a contract allowing the company to sell in a specific district – and conduct a community outreach meeting before applying for a provisional license.

After that, his business operations and delivery fleet were examined in a post-provisional inspection before he received a final license, which of course was followed by yet another inspection. Finally, after getting the all clear, Your Green Package was able to commence operations in the greater Boston and Northampton areas three days later.

In addition, for the next three years, new businesses applying for delivery licenses in Massachusetts must adhere to the state’s Social Equity Provisions, which aim to empower disenfranchised groups and victims of the War on Drugs to get into the cannabis delivery space. The majority owner of the business must:

“Our vision is ultimately just to provide this service, have our employees be happy, create jobs and give back to the community,” said Fevry. But he was only able to get that mission underway this week, despite advocating for recreational delivery as president of the Massachusetts Cannabis Association for Delivery for over a year.

It took us about a year to go through the entire process from start to finish. It was a lot of hard work.

In Colorado, cannabis delivery companies face a different set of challenges. For Tim Cullen, founder and CEO of Colorado Harvest Co., obtaining a delivery license wasn’t nearly as difficult. Like California, Colorado legalized delivery statewide, allowing individual municipalities to opt in or out. In Aurora, home to one of the company’s three locations, all Cullen needed to apply for a license was a retail store, with the entire process taking around six weeks.

But like in Massachusetts, for Cullen’s two locations in Denver he must meet the Social Equity Provisions for new businesses to secure a delivery license. While these requirements are looser, Colorado’s policy sunsets in six years rather than three. Cullen, though he supports the aims of social equity, doesn’t fit the bill, and he admits that it’s made it difficult for him to expand his operations.

“I would be a minority partner in my own store that I was opening, which for me takes the incentive out of opening a new store,” Cullen said. “I’m willing to launch the delivery arm of the business as a minority owner but not more retail stores.” Colorado Harvest Co.’s delivery service, Go Harvest, is majority-owned by a longtime member of the organization who meets the criteria.

Cullen has also had to contend with what he considers some wacky statewide restrictions that relate uniquely to cannabis delivery. “In Colorado, there’s an outdoor advertising ban for licensed cannabis companies,” he explained, “So it’s a little bit difficult for us to get the word out that delivery is happening because we can’t be on a bus. We can’t be on a billboard. We can’t advertise in most publications. So it’s a lot of word of mouth for us to get the word out.”

And because banking requirements dictate that customers must be verified to be over 21 before the sale is made, the company can’t receive any payments via credit card. The rule was made with retail stores in mind, but it means that Cullen’s couriers can’t accept payment until they’re standing on someone’s porch with a bag of weed.

Green Is In The Black

However, despite all of the obstacles cannabis delivery companies face to break into the market, the early returns are promising. “We have cars out every day on the road. We break our delivery records every week,” Cullen said. “Cannabis is really the only consumer product in Colorado you could not have delivered to your door prior to, you know, a couple of months ago. I think consumers enjoy delivery.”

In Massachusetts, Fevry’s Your Green Package and Freshly Baked, which received approval in May, are the only two companies in the state with delivery licenses, but they too are optimistic about the future. “Consumer feedback has been very positive,” said Fevry. “We have seen a lot of deliveries come in. And there’s also a lot of retailers seeking a partner with marijuana couriers.”

Your Green Package has started delivering!

If you’re in the Greater Boston & Northampton area, you are now able to get your favorite products from Parallel (NETA) to your door.

Go to https://t.co/88L6xWUigT to start ordering your favorite products TODAY!

It’s safe to say that no other delivery industry faces the tremendous barriers that cannabis does, yet demand remains through the roof. “We anticipate that in mature markets, up to 40% of cannabis purchases will be delivered, which is much higher than analogous categories like alcohol, in which less than 10% is online,” said Lantern’s Mahoney.

Dispensaries in Maine, Arkansas and Georgia have all seen success with medical cannabis delivery, and direct-to-consumer recreational cannabis is on the horizon in states like Arizona. Even huge corporations like Apple (NASDAQ: AAPL) are getting in on the action, with the tech giant recently opening its App Store to cannabis delivery apps.

As the movement for legal recreational pot gathers steam across the country, even in Congress, many states are at the precipice of capitalizing on massively untapped markets. It’s just a matter of letting them in.

Cannabis market a huge opportunity for transportation and logistics industry

Image by Brent Barnett from Pixabay

© 2021 Benzinga.com. Benzinga does not provide investment advice. All rights reserved.