TALLAHASSEE, Fla. – New rules laying out the do’s and don’ts physicians must follow when certifying patients to smoke medical marijuana took effect last week, but it’s not clear that doctors or patients are fully aware of them. Patients certified or recertified to smoke medical marijuana must sign a new standardized consent form as of last Tuesday. That form for the first time includes information about the dangers of smoking near oxygen tanks and advises patients to check their marijuana … END_OF_DOCUMENT_TOKEN_TO_BE_REPLACED 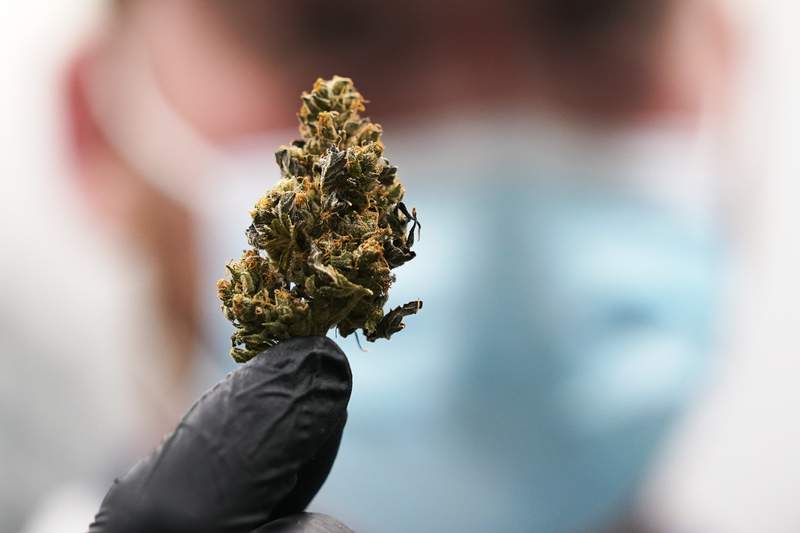 TALLAHASSEE, Fla. – New rules laying out the do’s and don’ts physicians must follow when certifying patients to smoke medical marijuana took effect last week, but it’s not clear that doctors or patients are fully aware of them.

Patients certified or recertified to smoke medical marijuana must sign a new standardized consent form as of last Tuesday. That form for the first time includes information about the dangers of smoking near oxygen tanks and advises patients to check their marijuana supplies for mold contaminants.

Also, physicians must adhere to newly adopted practice standards that for the first time spell out what the doctors must do to certify patients and what information needs to be included in patients’ medical records.

[TRENDING: Judge puts hold on lifting CDC’s no sail order | How Jeff Bezos will soar into space | ‘Virus not over us:’ COVID hospitalizations increase]

The state Office of Medical Marijuana Use, however, does not have on its website the new standardized consent form. Additionally, the new physician practice guidelines aren’t posted on the Board of Medicine or Board of Osteopathic Medicine websites.

Moreover, statewide medical groups have not advertised to their members that the new rules are in effect.

Physicians who don’t comply with the new requirements could face disciplinary action from their state boards if complaints are filed and found to have merit.

Joel Rose, a Tampa physician who played a key role in writing the new regulations, acknowledged that the rules quietly went into effect, but he said he wants to “turn up the volume” and let physicians know about them.

“They always say ignorance of the law is no excuse, but the word needs to get out,” Rose told The News Service of Florida.

While members of the joint committee voted unanimously for the rules, Rose said the job initially seemed daunting. The committee did not have a template to follow, and some members were hesitant to pass regulations that could be perceived to endorse smoking.

Jorge J. Lopez, a Maitland physician and member of the committee, said smoking marijuana can be addictive and that labeling it as medicinal and adopting rules to regulate it is a stretch.

“Personally, what I believe what we are doing is a workaround rather than the decriminalization of recreational marijuana,” he said during a meeting this spring. “But this landed in our lap, and we have to work with it.”

While Rose said he understood such concerns, he said the goal was to craft rules that educate the public about the risks and potential benefits of smoking marijuana and lay the groundwork for patient safety.

“If you don’t agree with it, you don’t have to be a qualified physician and order medical marijuana for patients,” Rose said. “I kind of thought in my mind it’s a lot like abortion. The state allows abortions, and a lot of doctors don’t agree with that and aren’t going to perform abortions. So I kind of looked at it this way: What can we do to best serve the public and fulfill what the Legislature charged us with?”

Florida voters in 2016 passed a constitutional amendment that broadly legalized medical marijuana,  but lawmakers did not initially allow smokable forms of cannabis.

The Legislature in 2019 mandated that the medical boards by July 1, 2021, adopt rules for physicians to follow when ordering smokable marijuana for patients. The mandate was included as part of a law championed by Gov. Ron DeSantis that authorized patients to smoke medical marijuana.

Also, the new consent form advises patients with smoking certifications to check their marijuana supplies because buds can get infected with mold or mildew that pose health risks.

The new practice guidelines make clear that physicians must conduct in-person full assessments of patients that include family and social history “with an emphasis on substance abuse disorder and mental health” and must document the information in the patients’ medical records.

The practice standards also require doctors to document in the medical records whether patients are pregnant and the results of any diagnostic therapeutic or lab work if performed by the qualifying physicians or received by the qualifying physicians from other practitioners. Additionally, while the state has required physicians to check with a prescription-drug database before ordering marijuana for patients, the new rules require physicians to document in the patients’ medical records that they checked the database.

“They weren’t as bad as I thought they could be,” Watson said. “I  was worried that the (rules) would be a way to shut down (smoking marijuana).”

The report published by the Board of Medicine and Board of Osteopathic Medicine shows that 95 percent of the 443,888 patients who had certifications for medical marijuana between Oct. 1, 2019, and Sept. 30, 2020, had at least one order for smokable marijuana.

Moreover, 85 percent of physicians who certified patients for marijuana during the 12-month time span wrote orders for smokable marijuana.

Rose said his goal was to create reasonable rules that would avoid administrative challenges and that physicians would find workable.

“The next step is we’ll see how it works out with the community that orders medical marijuana for patients,” Rose said.