The Illinois Department of Financial and Professional Regulation announced on Thursday the results of a lottery to award social equity cannabis dispensary licenses, with 55 winners chosen out of 589 applicants to operate as retailers in the state’s lucrative recreational marijuana market. The conditional licenses were awarded via the state’s Social Equity Justice Involved Lottery, which lawmakers designed to ensure that members of communities disproportionately impacted by the War on Drugs are represented in the state’s cannabis industry. “Social equity … END_OF_DOCUMENT_TOKEN_TO_BE_REPLACED 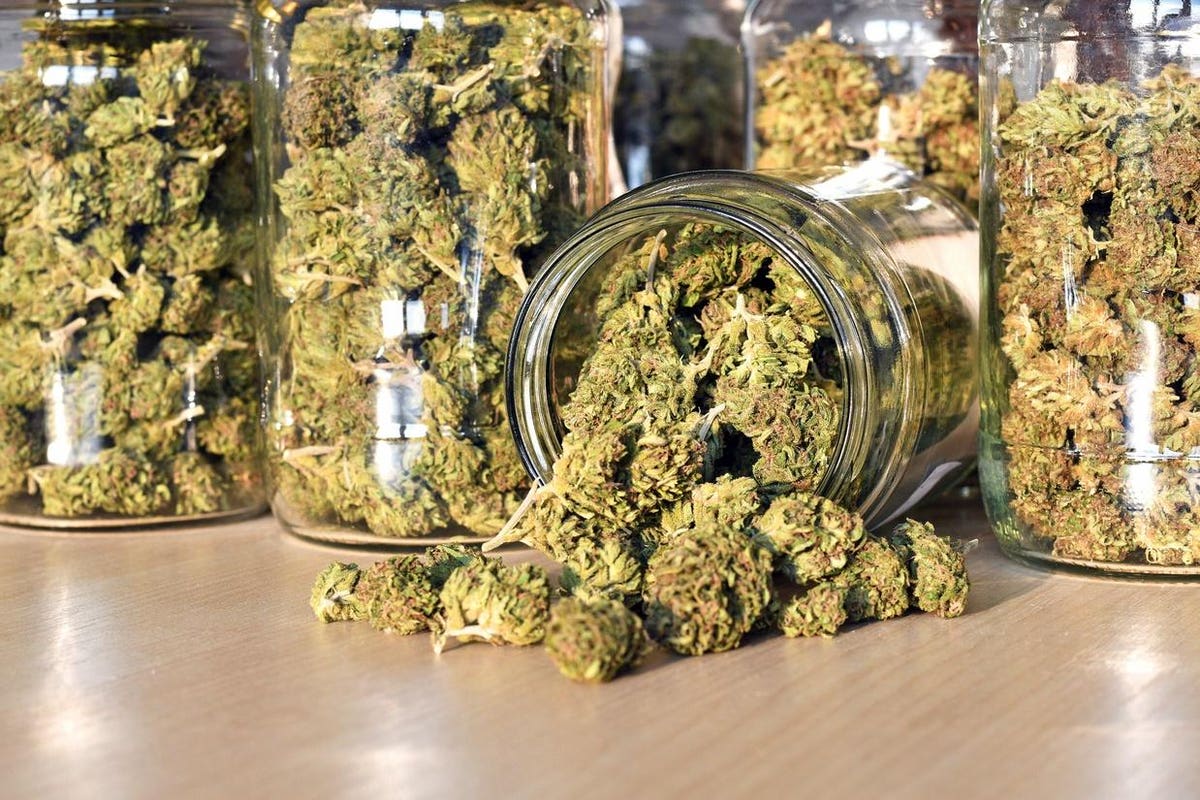 The Illinois Department of Financial and Professional Regulation announced on Thursday the results of a lottery to award social equity cannabis dispensary licenses, with 55 winners chosen out of 589 applicants to operate as retailers in the state’s lucrative recreational marijuana market. The conditional licenses were awarded via the state’s Social Equity Justice Involved Lottery, which lawmakers designed to ensure that members of communities disproportionately impacted by the War on Drugs are represented in the state’s cannabis industry.

“Social equity and justice are the heart and soul of the Adult-Use Cannabis Program in Illinois,” Toi Hutchinson, senior cannabis advisor to Gov. J.B. Pritzker, said in a press release. “Today’s results open the door to increasing the diversity of the industry and continue building on our successes in expunging convictions and investing in communities disproportionately harmed by the failed war on drugs.”

Addressing The Impact Of The War On Drugs

To qualify for the social equity license lottery, applicants must have majority ownership by a person who has lived for five of the last 10 years in an area disproportionately affected by the War on Drugs, someone who has an arrest or conviction for a cannabis-related offense, or a family member of an individual impacted by the drug war. Applicants were also required to have received a score of at least 85% on their license application. Qualified social equity applicants have access to financial resources and training programs and are eligible to receive additional points on their license applications.

One of the licenses awarded on Thursday went to social equity applicant Frank Cowan, who applied with the support of Nevada-based Planet 13, the operator of what is billed as the world’s largest dispensary only minutes from the Las Vegas Strip. Planet 13 co-CEO Bob Groesbeck says the successful bid gives the company an exciting opportunity to expand into Chicago.

“It’s a market we’ve followed closely over the past several years,” he says in a virtual interview. “In conjunction with our partner, Frank Cowan, we look forward to bringing a cannabis experience to Chicagoland unlike anything currently in the market.”

Joe Caltabiano, CEO of cannabis SPAC Choice Consolidation Corp. and co-founder of multi-state operator Cresco Labs, says that Illinois’ approach to awarding cannabis licenses may prove to be one of the most significant developments in the legal cannabis industry.

“This is a true equity program that acknowledges the past and sets a precedent for how the process can be managed moving forward,” Caltabiano writes in an email. “It’s incredible to see the sheer number of social equity applicants in Illinois, and this time many more of them will win their license. Now, we need to make sure that they have funding to launch their businesses successfully. This is a great moment for the cannabis industry.”

The social equity license lottery was held in accordance with a bill passed in June to bolster the social equity program outlined in the Cannabis Regulation and Tax Act of 2019 (CRTA), which went into effect on January 1, 2020. Under that program, social equity applicants were supposed to be prioritized for 10 of the original 75 cannabis dispensary licenses. Controversy ensued, however, when only 21 of the more than 900 social equity applicants received the perfect score on their application that was required to be eligible for the lottery. Multiple lawsuits from multiple unsuccessful and qualifying applicants led to additional legislation that authorized a series of three lotteries to award cannabis dispensary licenses.

Last week, the first lottery was held with 55 conditional dispensary license winners from a pool of 626 applicants announced on July 29. The final lottery, to be drawn on August 19, will be held among top-scoring, tied applicants for the original 75 dispensary licenses authorized by the CRTA.

Although applicants have been waiting for more than a year for licenses, some of the conditional licenses issued through the lotteries are likely to change hands before the dispensaries open for business. After more than a year of delay and litigation, many would-be dispensary owners have lost investors or talent they had relied on to launch the venture.

“There have been some massive consequences to many of these applicants,” Pam Althoff, a former state senator and the executive director of the Cannabis Association of Illinois, told the Chicago Sun-Times. “And in many instances, they decided that it is in their best interest to try to divest the license that they know that they’re not going to have much success moving forward.”

Former Illinois state Sen. Rickey Hendon, who won a dispensary license in the lottery held last week, said that better-financed operations have approached him and other successful applicants.

Although state regulations prohibit the transfer of craft cultivator licenses until after December 21, permits for other cannabis businesses are free of similar restrictions. If a social equity license is sold to a company that does not qualify for such designation, the buyer is required to pay any waived fees and state loans or grants.

But critics say that allowing social equity licenses to be sold to unqualified buyers goes against the spirit of the program, which was put into place to encourage Black and Brown ownership in an industry primarily run by white men. Edie Moore, the executive director of the Chicago chapter of the National Organization for the Reform of Marijuana Laws and a longtime advocate for an inclusive cannabis industry, said she understands the temptation to cash out now.

“I’m not upset for people who want to get a payday,” said Moore, who has been selected for a craft cannabis license. “But I thought that they had got into this business to be in this business, not to just make a quick buck.”

She is concerned, however, that consolidation in the industry will make it difficult for small operators to get off to a running start.

“Just a few could own the most,” Moore told the Chicago Tribune. “We’re trying to change that, but it’s going to take a little bit of time.”

“That’s what we were fighting for,” she added. “For people to build generational wealth on owning and building and creating something within their communities, not giving it away to the white boys again.”