Thousands more Texans can now be prescribed medical cannabis oil with low levels of THC, the ingredient that gets people high. House Bill 1535, which went into effect Wednesday, expands the state’s compassionate use program to people with any type of cancer and those dealing with post-traumatic stress disorder. The law also doubled the THC limit allowable under the program from 0.5% to 1%. THC, or tetrahydrocannabinol, is the ingredient in marijuana that can produce a psychological effect. It’s another … END_OF_DOCUMENT_TOKEN_TO_BE_REPLACED 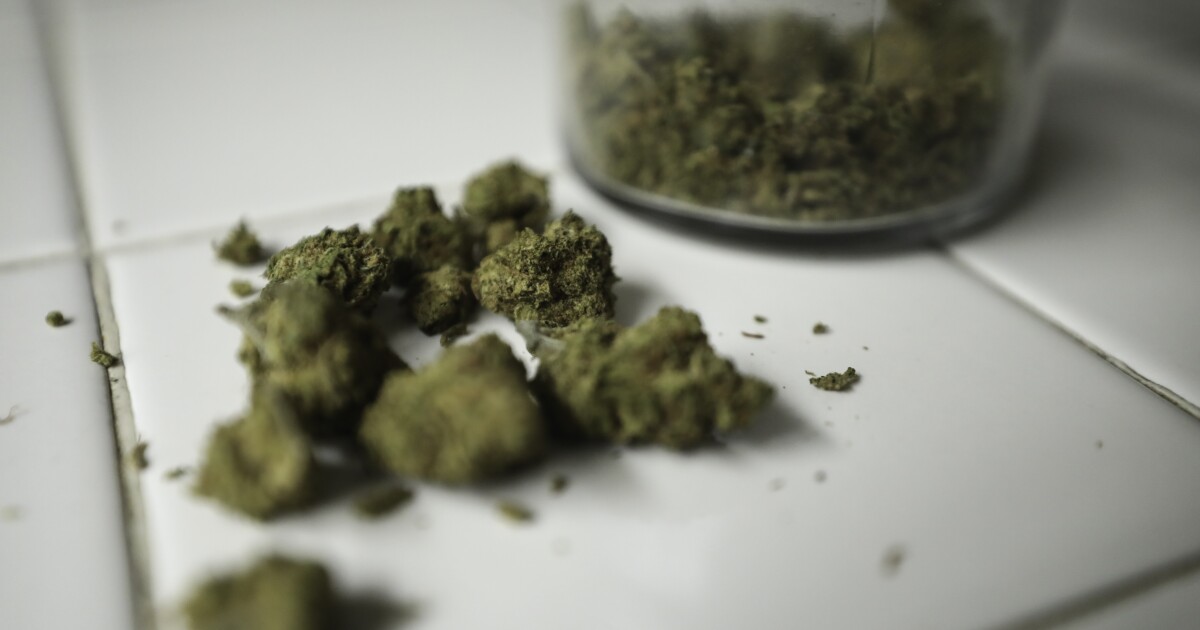 Thousands more Texans can now be prescribed medical cannabis oil with low levels of THC, the ingredient that gets people high.

House Bill 1535, which went into effect Wednesday, expands the state’s compassionate use program to people with any type of cancer and those dealing with post-traumatic stress disorder.

The law also doubled the THC limit allowable under the program from 0.5% to 1%. THC, or tetrahydrocannabinol, is the ingredient in marijuana that can produce a psychological effect.

It’s another expansion of the state’s medical cannabis law created in 2015. Still, the state’s program remains one of the most restrictive in the country.

Though an overwhelming majority of Texans believe marijuana should be legal in some form, the final call when it comes to determining who can access it lies with the state’s elected leaders.

And while HB 1535 increases THC levels and expands the number of people who qualify for the program, lawmakers once again chose to move the program forward only by baby steps.

What’s in the law

The bill Fort Worth state Rep. Stephanie Klick submitted back in March called for cannabis oil to be made available only to some sufferers of PTSD, specifically veterans. But many who testified on the bill at the Texas Capitol, including veterans, said eligibility should be extended to anyone dealing with the condition.

That was the same logic behind the move to include all forms of cancer.

“It’s arguable that any form of cancer could be terminal, right? So it felt like a very arbitrary descriptor,” said Jax Finkel, the executive director of Texas NORML, a national organization seeking to legalize marijuana.

She said people dealing with the side effects of radiation and chemotherapy shouldn’t have to worry about whether their fight against cancer is dire enough to warrant medical relief from cannabis oil.

Though the increase in the amount of THC is minor, Finkel said, it will allow cannabis oil producers to better serve their patients.

What was left on the table

When the bill was introduced, many hoped the THC limit would increase even more, to a maximum of 5%.

That would have increased the limit tenfold. Still, some of the Texans who testified that they already self-medicate with illegal marijuana said it was too low.

Legislators in the House agreed to the 5% THC limit, but the Senate cut it back to only 1%.

The House version also included additional medical conditions. One of the most talked about was anything that causes acute or chronic pain for which a physician would otherwise prescribe opioids.

Several Texans testified about their battles with opioids over the years and extolled the benefits that medical marijuana had brought to their lives. But the Senate ultimately removed that provision.

“Texans support a robust and inclusive medical cannabis program that allows doctors and patients to decide their treatment and formulations,” Finkel said. “But then when we look at the Legislature, they’re only there every two years. So any patients that aren’t included, have to languish for two years.”

Where to go from here?

Despite the fact that about 85% of Texans believe marijuana should be legal, both medically and recreationally, lawmakers have chosen to move slowly. And the program will grow only as much as the Legislature allows it to grow.

“I think there are some easy things they can do next session to put power in the hands of doctors and patients,” Finkel said. “That’s allowing the Department of State Health Services to allow petitions, add new conditions, evaluate them and add them on a regular basis. To allow them to deal with dosing, because those are the medical professionals.”

It’s not that radical of an idea to allow DSHS to evaluate and add medical conditions to the state’s medical marijuana registry. In fact, it’s something that was included in the version of the bill the House passed.

But the Senate ultimately decided to remove that provision, too.

If you found the reporting above valuable, please consider making a donation to support it. Your gift pays for everything you find on KUT.org. Thanks for donating today.