For decades, critics of cannabis have emphasized its negative effects, linking it to mood changes, memory loss, loss of motivation, and even a general lack of intelligence. Plenty of people also believed those who used cannabis would eventually begin using other substances or develop substance use disorders. In recent years, researchers have found evidence to support potential benefits of cannabis and challenge the idea that everyone who uses the substance will develop a substance use disorder or addiction. As of … END_OF_DOCUMENT_TOKEN_TO_BE_REPLACED 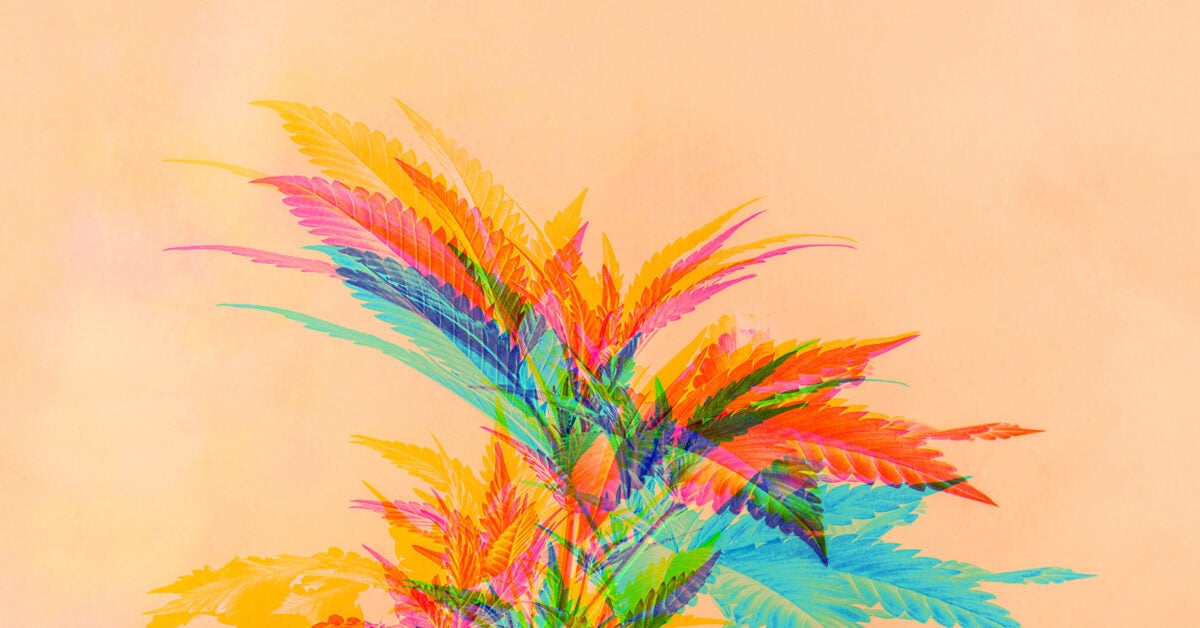 For decades, critics of cannabis have emphasized its negative effects, linking it to mood changes, memory loss, loss of motivation, and even a general lack of intelligence.

Plenty of people also believed those who used cannabis would eventually begin using other substances or develop substance use disorders.

In recent years, researchers have found evidence to support potential benefits of cannabis and challenge the idea that everyone who uses the substance will develop a substance use disorder or addiction.

As of 2021, a majority of U.S. states have legalized some form of cannabis for medical or recreational use, or both.

That said, while experts now recognize cannabis as safer than previously thought, cannabis use does carry some risks. Cannabis-induced psychosis has emerged as one rare but serious side effect to consider.

Read on to learn more about what researchers know about the link between cannabis and psychosis, and what remains to be discovered.

Psychosis involves a disconnection from reality. The most common symptoms include hallucinations, delusions, or both.

Similarly, cannabis-induced psychosis disorder (CIPD) severe hallucinations or delusions that first show up during cannabis use or shortly after.

Other symptoms of CIPD :

According to in the Diagnostic and Statistical Manual of Mental Disorders (DSM-5), a diagnosis of CIPD requires that symptoms:

That means milder symptoms of psychosis won’t automatically translate to a CIPD diagnosis.

It’s pretty common to experience mild delusions (paranoia, for example) or brief hallucinations while using cannabis. Usually, though, you’ll generally recognize these hallucinations and delusions for what they are, and they’ll disappear along with the high.

With CIPD, you typically won’t have the same insight, so the hallucinations and delusions will seem completely real.

Scientific evidence suggests a few key factors may play a part in the link between cannabis and psychosis.

Some research suggests using cannabis at a younger age could increase the risk of psychosis.

According to , people who begin using cannabis in adolescence are more likely to experience symptoms of psychosis or receive a diagnosis of schizophrenia later in life.

Cannabis use could also factor into the age you begin to experience symptoms of psychosis.

A of 83 studies found support for a link between cannabis use and earlier onset of psychosis. In other words, experts believe regular cannabis use could trigger an earlier development of schizophrenia or other mental health conditions that involve psychosis.

also suggests a link between cannabis use and onset of psychosis: Study participants who used high-potency cannabis on a daily basis developed symptoms of psychosis, on average, 6 years earlier than those who didn’t use cannabis at all.

A suggests using cannabis more often can also contribute to the risk of developing psychosis.

In one , for example, researchers found evidence to suggest young adults with cannabis dependency at ages 18 and 21 also experienced symptoms of psychosis at higher rates.

A compared 280 people hospitalized with a first episode of psychosis with a control group of 174 adults. The results suggest symptoms of psychosis were more common in study participants who used cannabis more frequently and for a longer period of time.

The 2009 study mentioned above also found support for cannabis potency as a risk factor.

The study participants experiencing psychosis tended to report a preference for higher-potency cannabis, or cannabis with THC levels of up to 18 percent. Those in the control group, on the other hand, more often used cannabis with a THC concentration of around 3.4 percent.

More recent from 2013 supports this connection between cannabis potency and risk of psychosis.

A 2012 study compared 489 people hospitalized with a first episode of psychosis with a control group of 278 adults.

According to the results, participants with a certain variant (C/C) of the AKT1 gene were seven times more likely to develop psychosis when using cannabis daily.

A also raises the possibility of an indirect link between family history of mental health conditions and CIPD.

A majority of the 20 participants reported a family history of substance use disorders or other mental health conditions. Study authors note that while this history is a key risk factor for dependence on cannabis or other substances, not enough evidence supports it as a risk factor for CIPD.

That said, people who develop a cannabis dependency generally need to use more to get the same effects. As you read above, using cannabis more frequently, or in more potent forms, can increase psychosis risk.

While there’s no go-to treatment, some evidence suggests stopping cannabis use may improve symptoms.

In a , researchers found that after a full week of abstinence from cannabis use, all 20 study participants reported a significant decrease in symptoms like hallucinations, delusions of grandeur, and uncooperativeness.

Antipsychotic medications might also help ease severe symptoms for some people. The antipsychotic aripiprazole, for example, could help prevent symptoms of psychosis if cannabis use can’t be avoided.

Experts emphasize the need for more research into CIPD treatments, particularly for people who use cannabis to treat other symptoms.

do know that many people with a CIPD diagnosis eventually develop schizophrenia.

In fact, according to a 2018 study of nearly 7,000 people diagnosed with substance-induced psychosis, CIPD converted to a schizophrenia or bipolar disorder diagnosis in 47.4 percent of participants.

Both those conditions are long term, but symptoms often improve significantly with a combination of therapy, medication, and other treatments.

Researchers continue to study the link between CIPD and other mental health conditions.

Future research may help experts better understand the link between cannabis use and symptoms of psychosis that eventually convert to bipolar disorder or schizophrenia.

While there’s a between cannabis use and schizophrenia, experts have yet to discover the exact nature of that link.

Does cannabis use cause schizophrenia? Or does it simply trigger the earlier onset of schizophrenia symptoms in some people who would have eventually developed the condition?

More extensive research into CIPD may help answer these questions, not to mention offer more insight on CIPD risk factors, prevention, and treatment — including potential use of CBD, the nonpsychoactive compound in cannabis, as a treatment for psychosis.

While experts don’t fully understand the link between cannabis use, psychosis, and schizophrenia, they do recognize a connection exists.

If you’re concerned about your risk of CIPD, it may be worth considering cannabis strains with lower THC content and cutting back on daily cannabis use.

If you do notice any symptoms of psychosis, it’s best to connect with a mental health professional as soon as possible.

Kate Robertson is a Toronto-based editor and writer who has focused on drugs, primarily cannabis, since 2017. She has been published in The Guardian, Maclean’s magazine, the Globe and Mail, Leafly, and more. Find her on Twitter.